Many artists have a muse. Movie directors perfect their craft working repeatedly with their favourite actors, while choreographers create some of their best works for a specific dancer. In some cases, the muse is a silent partner, the object of an artist’s intense and obsessive gaze; in others the work emerges from a partnership so close that it is unclear which is the artist and which is the muse. For the American artist William Wegman (b. 1943), his muses have been generations of the Weimaraner breed. The inspiration came in 1970 when his first dog, Man Ray—named after Wegman’s favourite artist—sat himself in front of the camera. Instead of sending his faithful companion to his bed, Wegman seized the moment, and the rest is history. Wegman was already a well-known artist, but it is his numerous, human-like portraits of his ever-expanding cast of Weimaraners that have brought him worldwide fame. In partnership with renowned guest curator William A. Ewing and the Foundation for the Exhibition of Photography, Fotomuseum Den Haag presents a major survey of no fewer than four decades of Wegman’s wide-ranging collaboration with Man Ray, Fay Wray, Candy and their descendants. 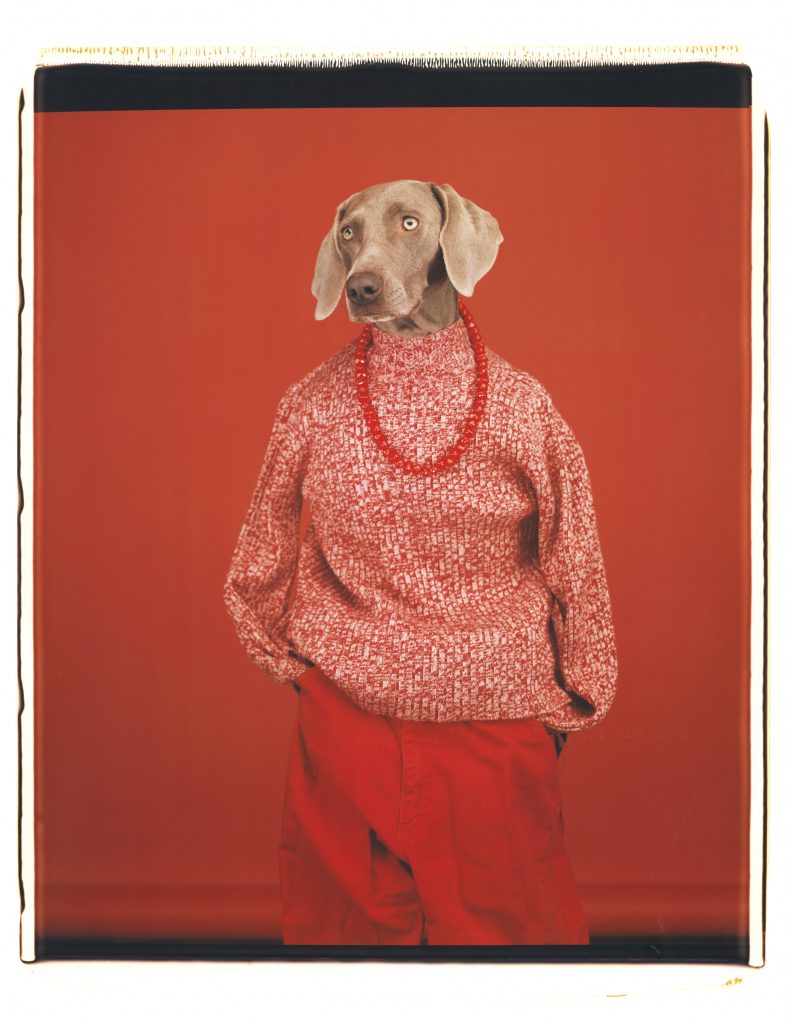