Be welcome to the fifth Typographic Night at Page Not Found, curated by Trang Ha and Paulina Trzeciak.

“Typographic Nights” are a space for graphic designers and the public to gather around understandings and misunderstandings of the graphic design process. Audience members are asked to bring texts which they would like to see transformed into visual works. These could be either small pieces of their own writing, borrowed fragments, or hand-picked inspirational quotes. The invited designers and typographers will materialise these texts into beautiful printed matter on the spot, demonstrating their skills and knowledge. Works will be printed the same night, ready to take home. Together we will reveal the curiosity, fun, improvisation and care that are part of graphic design, from choosing a typeface to applying analog materials, and much more!

Bart de Baets (Knokke, 1979) is a graphic designer based in Amsterdam. He is the designer of “On the Necessity of Gardening. An ABC of Art, Botany and Cultivation”, which has been published by Valiz Publishers as part of the exhibition “The Botanical Revolution” in the Centraal Museum, Utrecht. In 2022, the book received the prestigious Goldene Letter award from the Stiftung Buchkunst. Bart has been teaching design at the Gerrit Rietveld Academy in Amsterdam and at the Royal Academy of Arts in The Hague since 2009.

Elisabeth Klement is an Estonian graphic designer, teacher at Gerrit Rietveld Academie and initiator of San Serriffe (with Pieter Verbeke).

Frank Grießhammer (Nuremberg, 1983) works at the intersection of code and design. He is periodically teaching workshops in type design programs across Europe. Several of his typefaces have been recognized by international awards.

If you have written materials (quick notes, midnight ideas, observations, poems, lyrics, etc!) which you’d like to see designed and printed, please submit them to the form below!

Entrance is free and on a walk-in basis, no reservation is required. 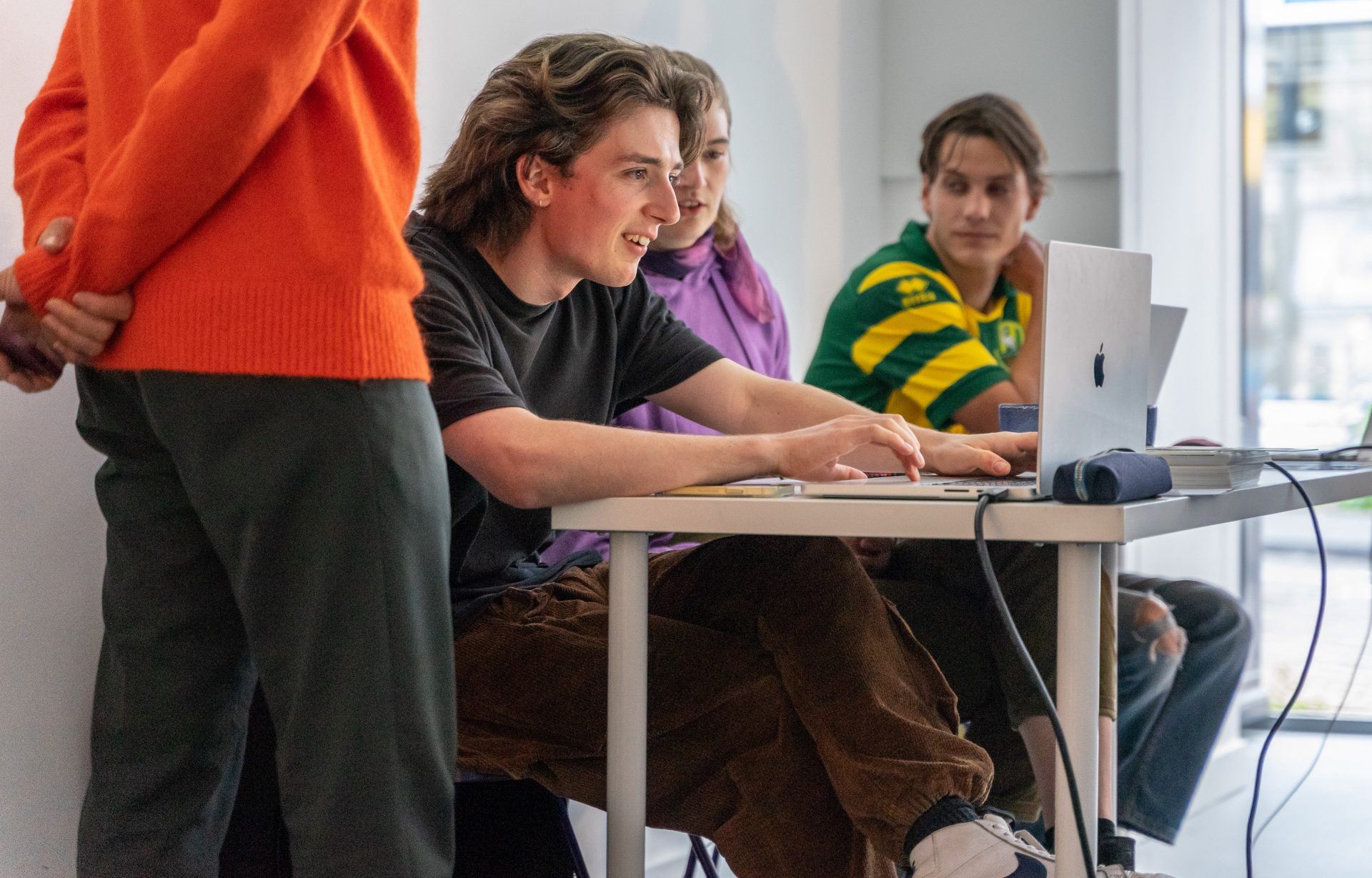