The work of Robine Clignett (1948) and Elsbeth Ciesluk (1986) often revolves around the moment in which a fleeting, casual thought or impression is captured and crystallized into a definite form. In Swahili, Tuna Enda means We're Going: a phrase that simultaneously expresses getting into motion and a joint trajectory; coming into action together. In the context of this exhibition, it takes on an extra meaning because, in addition to being a visual artist, Elsbeth Ciesluk is an athlete who runs the fifteen hundred meters at a national level. Her work often contains enigmatic texts that occur to the artist in the silence of a calm night, or during the repetitive process of working on her woodcuts.

Robine Clignett focuses on the effect of color. For her, colors are independent entities; personalities with a particular character that can evoke their own series of associations. They unite the unfathomably deep, like the night or the universe, with the small and near, like the part of our eye capable of perceiving colour.

Tuna Enda features Robine Clignett and Elsbeth Ciesluk’s latest work. In the back room of the gallery, Ciesluk presents an installation of wood prints on vertical textile bands, inspired by a Persian miniature of a bathing house in which strips of fabric are hung to dry. Additionally, the exhibition shows two video portraits of the artists by Jelle Posthuma, in which also Elsbeth Ciesluk's career as an athlete is touched upon. 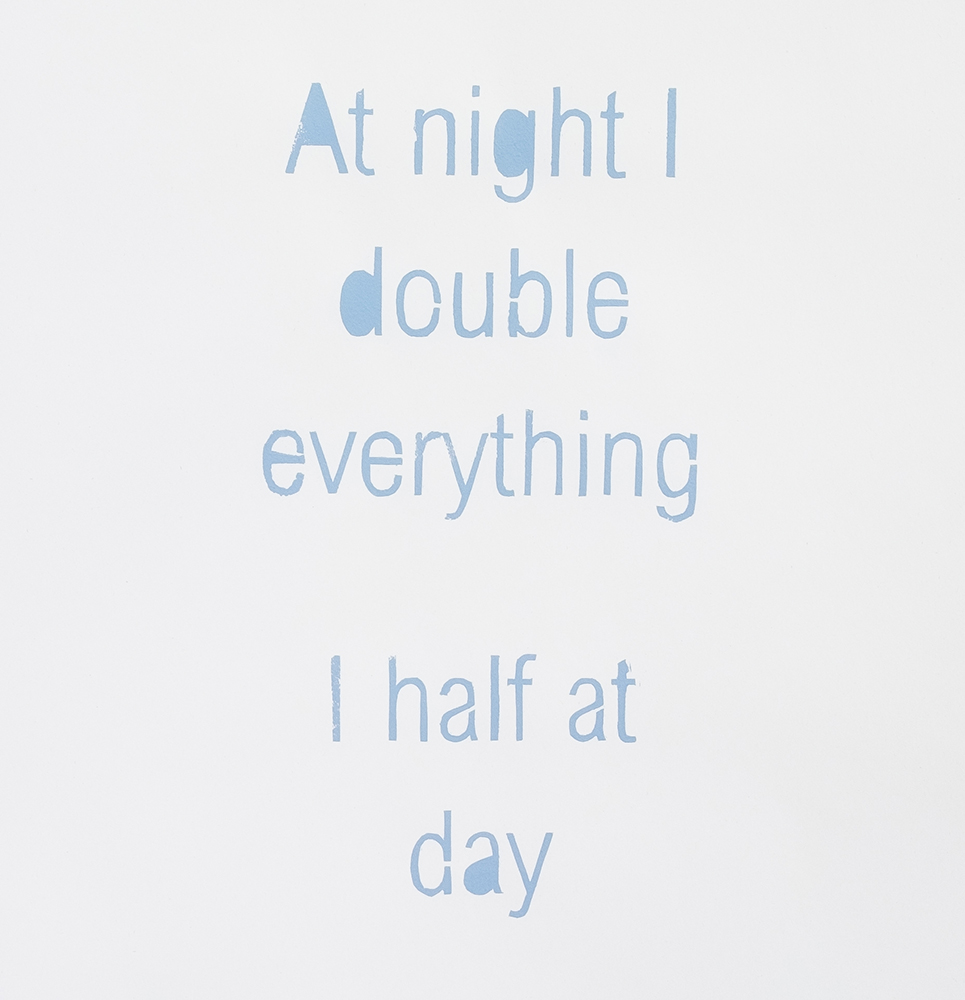