West Den Haag is thrilled to announce Tote Räume, Gregor Schneider‘s first solo exhibition in the Netherlands. Acknowledged as a groundbreaking artistic proposition, Schneider’s work can be regarded also as prophetic in a time of mandatory social distancing since it is based on mechanisms of physical isolation. Unfolding a sequence of rooms, sculptures, human figures, photos and videos spanning four decades of radical art making, the exhibition is arranged in response to, and exchange with, the original function of its building as the U.S. Embassy in the Netherlands from 1959 until 2018.
A clear example to this exchange is the ‘Interrogation Room’ – a pristine room replicating one of the prison cell modules in Guantánamo Bay Detention Camp, the U.S. detention facility located on Cuba’s southeastern coast. When incorporated into the setting of West Den Haag ‘Interrogation Room’ exceeds the boundaries of the aesthetic field and acquires the status of a real authoritarian space, outlining the exercise of power over the visitors and the potential violation of their bodily sovereignty.
With the display of ‘Cryo-Tank Phoenix 3’ Schneider’s conception of sealed-off spaces extends beyond the political-jurisdictional framework provided by West Den Haag and obtains a metaphysical sense, turning every site in which it emerges into an intermediary zone situated between life and death, between this world and the world to come. 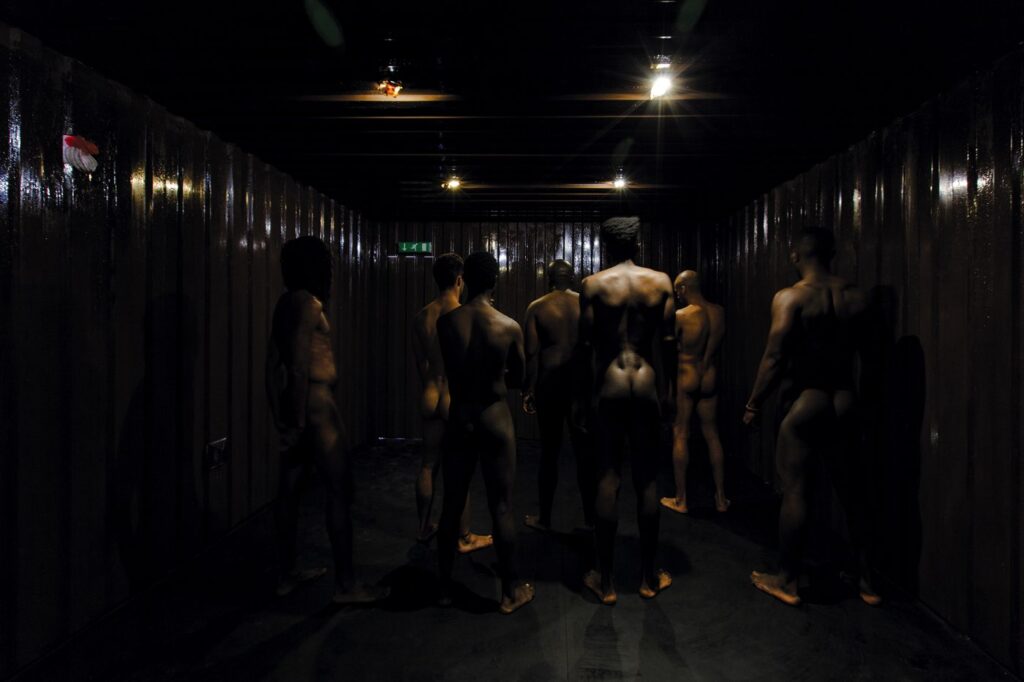