This is the English translation of the saying in Arabic that Hague designer and artist Qasim Arif inscribed on a bowl commissioned by Kunstmuseum Den Haag. The museum asked Arif to reflect on its Arts of the Islamic World collection. Inspired by the idea of eating together and sharing, he painted this universal message in modern calligraphy. His bowl will be displayed alongside three Iranian bowls from the ceramics centres of Kashan and Nishapur, dating from circa 900 to 1200. He has also painted a large calligraphic mural on the wall. 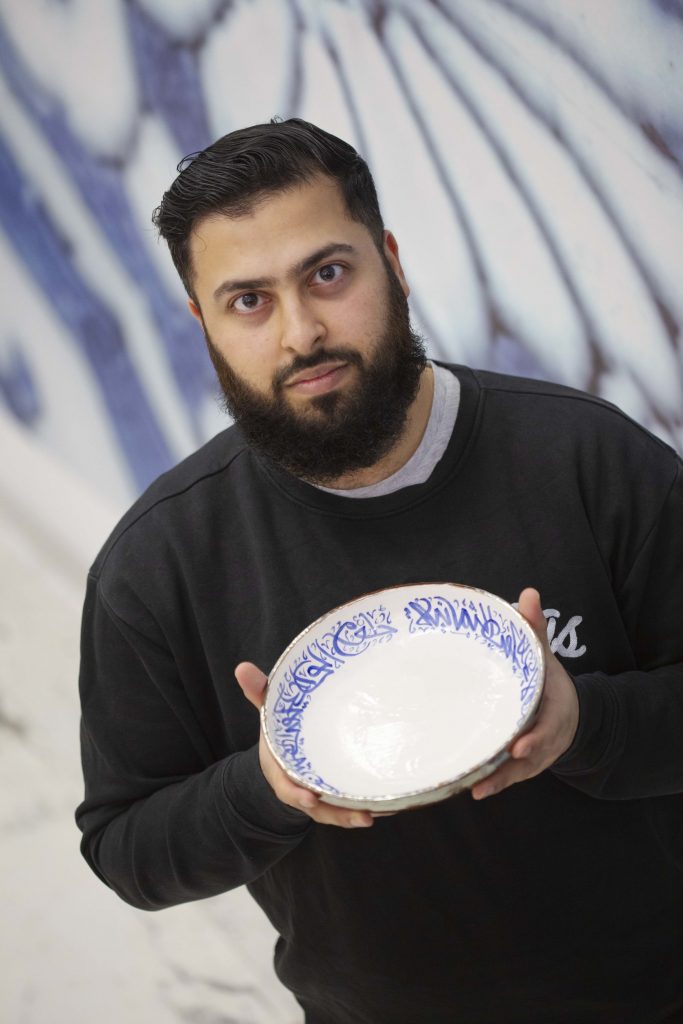