Places we have never been before

Karin van Dam (1959) and Robbie Cornelissen (1954) worked together on several occasions, in 2017 and 2019 they developed installations at the Cacaofabriek Helmond and the Biennale of Karachi, in which they questioned the boundaries between object and image by apposing three dimensional works, drawings and animations.

Since then, both artists have explored new paths. After embarking on a journey through Canada with Taiwanese/Canadian artist Ed Pien (1958), van Dam’s usual focus on urban structures shifted to organic forms and their underlying geometric patterns. Consequently she made the series The path of the Caterpillar using thick graphite pencils to draw composite circles referring to cellular structures, as well as landscapes from which columns of soil emerge. She also started working with a hightech knitting machine at the Textiellab of the Textielmuseum Tilburg, creating a series of knitted objects reminiscent of the shapes present in insects, mosses and plants.

Robbie Cornelissen’s 2019 residency in Japan allowed him to test different realms. For his series The Space of Absence, he made abstract drawings rubbing A-4 and A-3 sheets with graphite powder in circular movements that he later organized in a grid. In this series, the artist lets go of his guiding role as draftsman and gives a wider interpretive scope to the viewer, letting abstraction become part of his drawings. He also continues making his well known architectural drawings, recently he finished a new monumental version of Naked, showing the great chamber hall in Venice’s Doge's Palace.

Karin van Dam and Robbie Cornelissen will show their new works in the gallery in an installation in which the flat and the three-dimensional, the architectural and the organic will merge but also the labyrinthic and the transparant will be present. In this sense, Places we have never been before refers not only to the artists’ literal exploration of space as a notion, but to the latest shifts in their artistic practices: opening up new dimensions in which to create. 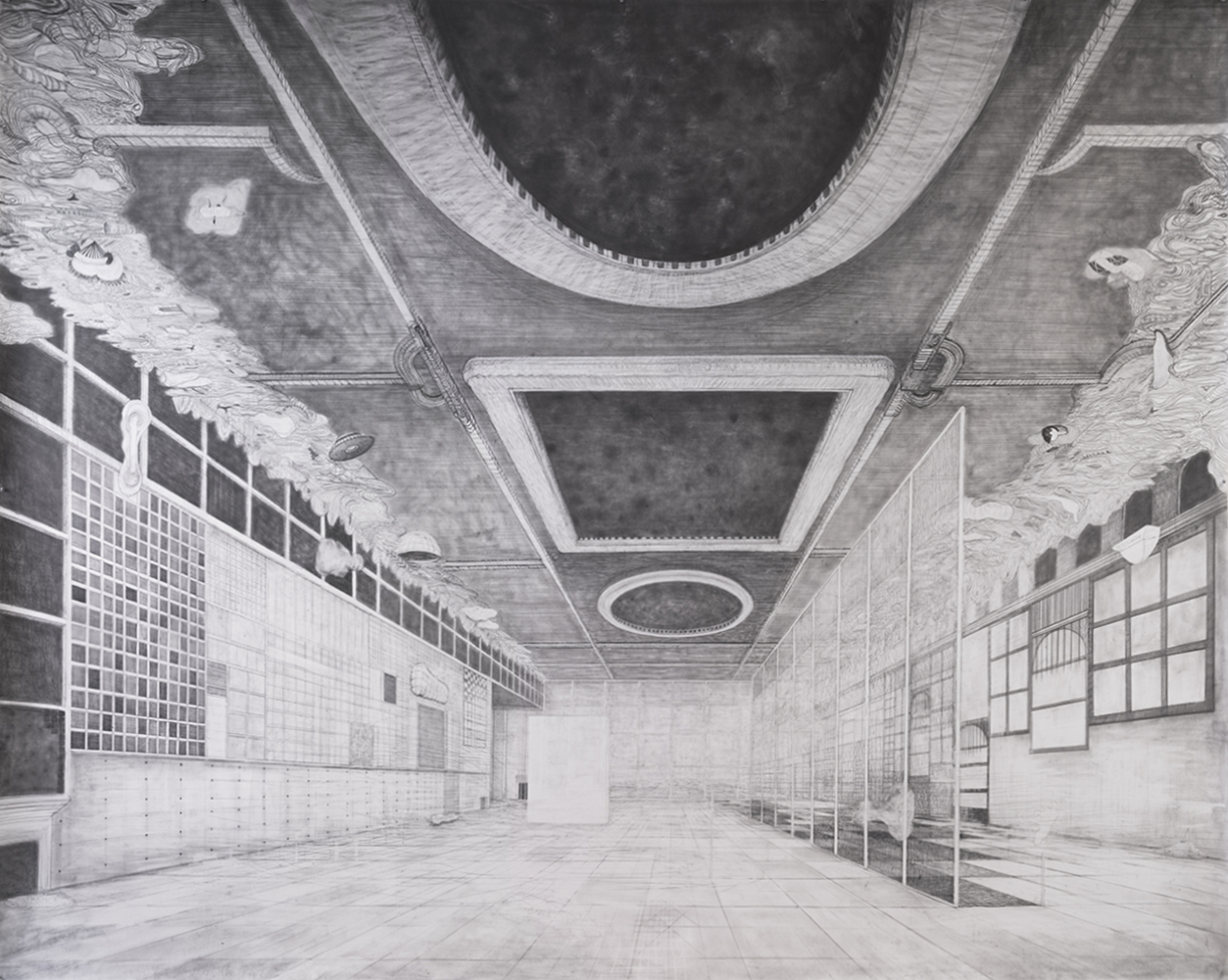