'Moving Downstairs' is a monthly program with concerts and performances, immersive sound pieces, collective experiences, and clubbing in the basement of The Grey Space. For each edition, The Grey Space invites a different guest curator. This edition of Moving Downstairs on 01/10 is curated by artist Vox supreme and will push the boundaries of our basement: expect an evening filled with genre-transcending club music that features live performances and DJ sets.

Vox supreme is the moniker of artist Lounes Doulache. A notorious figure in the scene by way of DJing and hosting events at clubs and festivals across the borders to holding residencies, such as at Echobox Radio. Performing under his alias Vox supreme, he is never quite satisfied with simply churning out dance floor fillers, preferring to blur the boundaries between genres and toy with the expectations of the audience and his own.

The lineup features UK producer John T. Gast, around whom mystery swirls. Due to the absence of images on google or social media, we wouldn't even recognize him on the street. With early affiliation to the enigmatic duo Hype Williams and a mounting stack of genre-eschewing releases for labels, John T. Gast has evolved into a prevalent name in the peripheral club scene, with a live show that deeper explores low-end frequencies and galloping fxs.

Get your tickets
More information on Moving Downstairs
The Grey Space in the Middle
Paviljoensgracht 20, 2512 BP Den Haag 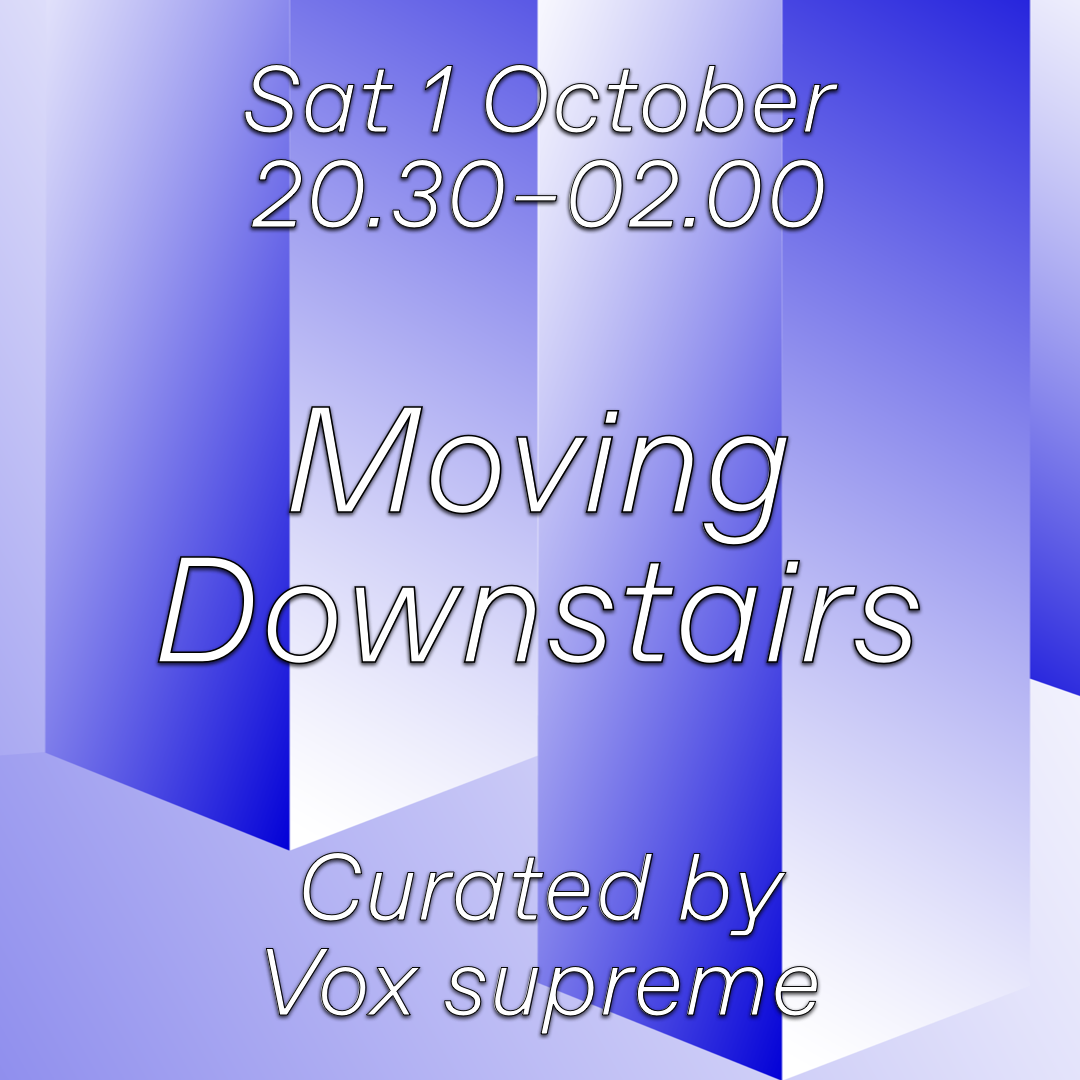