Our current "cut & paste" era, characterizes itself by idolatry and vilification, by winners and losers, and also by idolized characters and their “imitability”.
Heroes and villians, saints and martyrs have always been very useful 'influencers' for the Catholic church, that invented a system to show the holyness of their most venerated saint by placing a halo around their heads on statues, paintings and stained-window depictions. A simple aureola attribute immidiately made their status obvious.

Canonizations have become pretty rare these days, but idolatry is more popular than ever: movie- and pop stars, sporters, deejays and influencers have taken that position. The most important saints of our era have been depicted by Ton of Holland in an archetypical fashion.

Also groups that have gotten into (political) bad times and have to endure oppression, like Tibetans, Oeigurs, Rohingyas, Aboriginals, Indians and Papuas have been catagorized as the new martyrs of our time.

FACE-SWAP shows 17 portraits of faces composed of dozens of unkown people from all kinds of cultures, that combined have delivered us a new archetype face that represents their entire group.
The only thing these totally different people have in common is their gold-yellow aureola, while the white backgroud has erased their individual history and circumstances.

the FACE-SWAP exhibition at Ramakers Gallery shows the latest works of Ton of Holland / Ton Hoogerwerf, while at Kunst Museum Den Haag the Cubic 3 design 1981-1995 exhibition shows Ton's work from that period. It's interesting to visit both in one go. 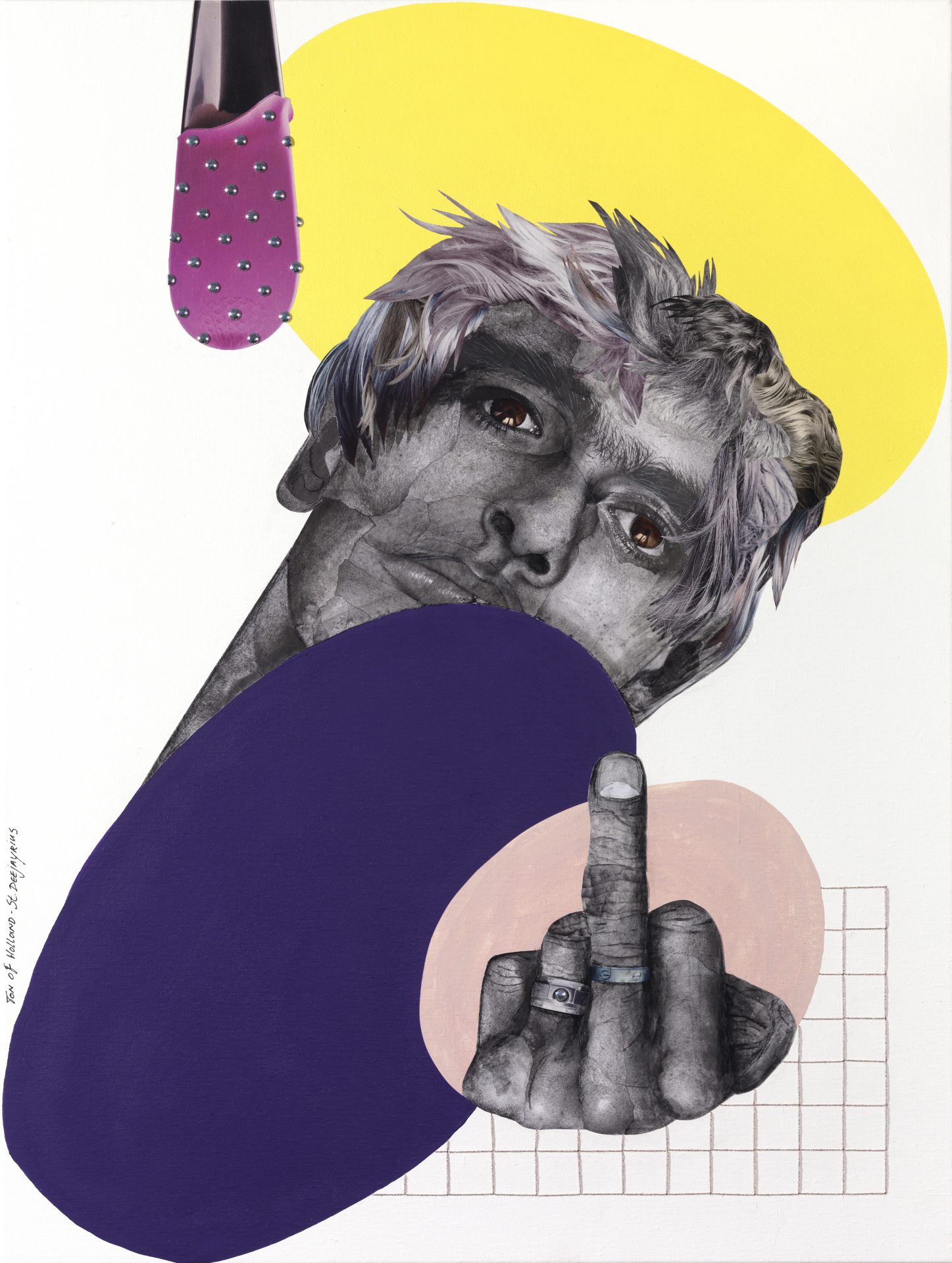