Recently Paul Klemann (1960) accompanied Cedric ter Bals (1990) in the mentoring program of the Mondriaan Fund. They now exhibit together in Die Wahlverwandtschaften (The Elective Affinities), a reference to Goethe's novel, by which the artists want to emphasize the affinity with each other's work

Cedric ter Bals shows drawings made for the two new chapters of the second part of the Tagebuch (Diary) Oskar von Balz. Oskar von Balz is the alter ego of Cedric ter Bals modeled on a German soldier who fought at Verdun in the First World War. He thus creates a framework in which he can mix the sometimes intense experiences from his own life with history, in an ever-expanding story. People from his circle of friends assist Von Balz and ter Bals' female alter ego Gertrude as counselor and protector. The story is told in a blend of Schevenings, German and English with which Ter Bals also linguistically connects history and the present. The drawings outside the Tagebuch show Scheveningen and historic places near Verdun appear, but also contain references to the work of artists such as Van Gogh, Otto Dix and Franz Marc.

The often alienating images in Ter Bals' work relate to Paul Klemann's drawings, which are always based on his own dreams. Personal experiences but also current events, are given a poignant translation in scenes that have an elusive logic, as dreams tend to have. 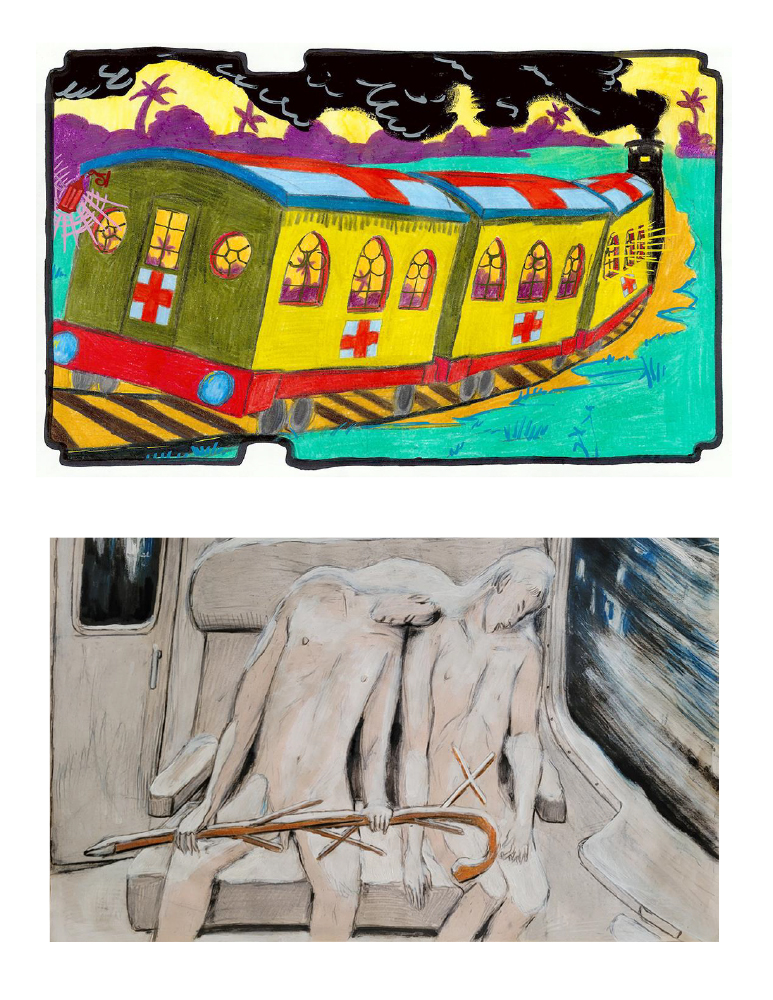