Brutalism is a movement within architecture that originated from modernism. At the end of the 19th century, society industrialized and it became possible to develop a new conception of art, architecture and the way we live together. The technological innovations of that time made it possible to resist traditional conceptions. Brutalism is characterized by the robust use of materials. For mostly large buildings unfinished concrete and masonry is used. By showing the character of natural materials, repeating forms and giving functionality the leading role, a very recognizable style is created.
In the photographs of Agnes Mezosi we see the similarities and differences between the different locations. Each time the details show in their rough elegance a timeless architectural style. The concrete forms, often with characteristic angles, are complemented by details of wood and stone surfaces. Together with a small group of contemporaries Breuer showed the sensual side of concrete, which made him one of the pioneers of brutalism from the middle of the last century. 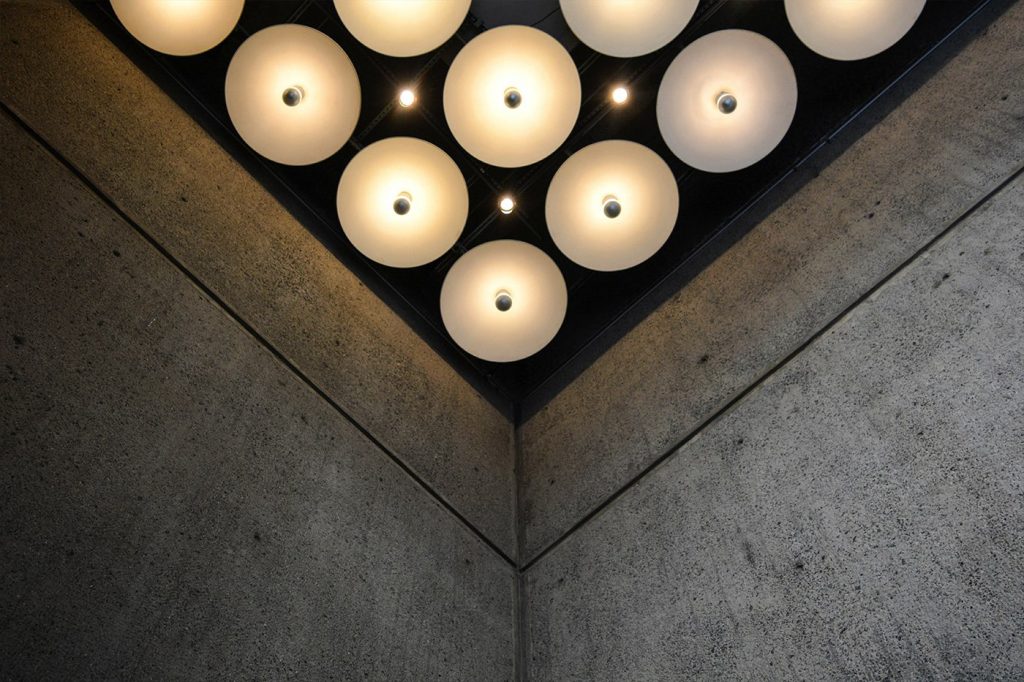