In the former Ondertussen space Brigitte Louter presents the progress of her comprehensive project aimed at breaking the world record for the world's longest yardstick. Her plan is to present this yardstick in The Hague's public space during an event for those interested in the subject and casual passers-by.
For Brigitte Louter, world records are a wonderful way for an individual to relate to the world at large, through one small and futile action (well-trained or not).
The yardstick can be seen as a symbol for man's attempts to understand the world through one tiny action. Laying a standardized measure next to one's surroundings in order to get a better grip on life. In this way the project is also an investigation of man's attempts to construct, measure, predict and explain a world that often does not relate to our deep-seated desire for order and simplicity.
In 2019 Brigitte Louter received a PRO Invest subsidy to encourage and further develop her work and artistic practice. 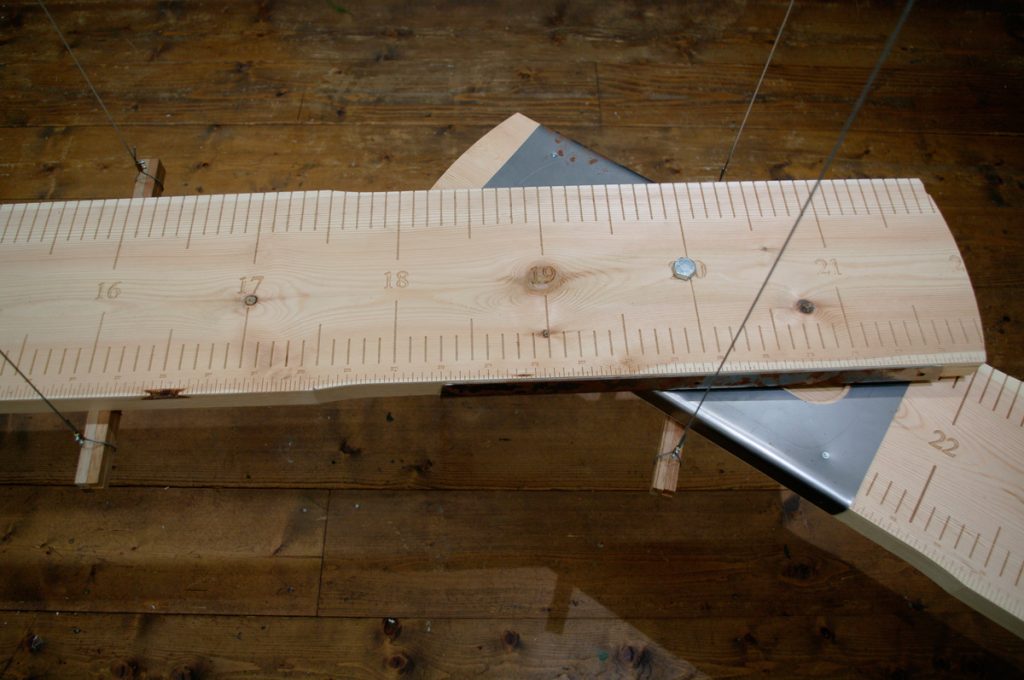