It is with great excitement that Page Not Found invites you to the book launch of Electric Brine, presented by Jennifer Teets.

Flowing, seeping, leaking, cascading, shaping. Electric Brine is a volume of poetry and critical essays by women voices from diverse fields such as literature, geography, media studies, history of life sciences, sociology, and poetics of science and fiction, each of them central to the independent curatorial research entity The World In Which We Occur and its associated online study group Matter in Flux. Conceived as an anthology and a register, it serves as a testimony to the initiative’s long-standing work of creative adaptation and ecological inquiry. A vision of material politics is situated through the lens of six punctuated pieces on flow and fluids. Electric Brine is published by Archive Books, Berlin. The book features contributions by Dionna Brand, Barbara Orland, Sophie Lewis, Esther Leslie, Hannah Landecker and Lisa Robertson.

Jennifer Teets (editor of Electric Brine) is an American curator and writer based in Paris working at the intersection of science studies, literature, and performance. She is interested in the “backstory” of matter, and its conditioning as both ‘natural’ and ‘cultural’. Within her work she addresses the roles of consumption and contamination as an embodiment of thought which then performs, spores and proliferates. She has curated numerous exhibitions and talks since the early 2000s with artists and thinkers worldwide and is the director/convener of The World in Which We Occur (TWWWO, 2014-ongoing), a research-based entity that explores themes concerned with artistic inquiry, philosophy of science, and ecology. 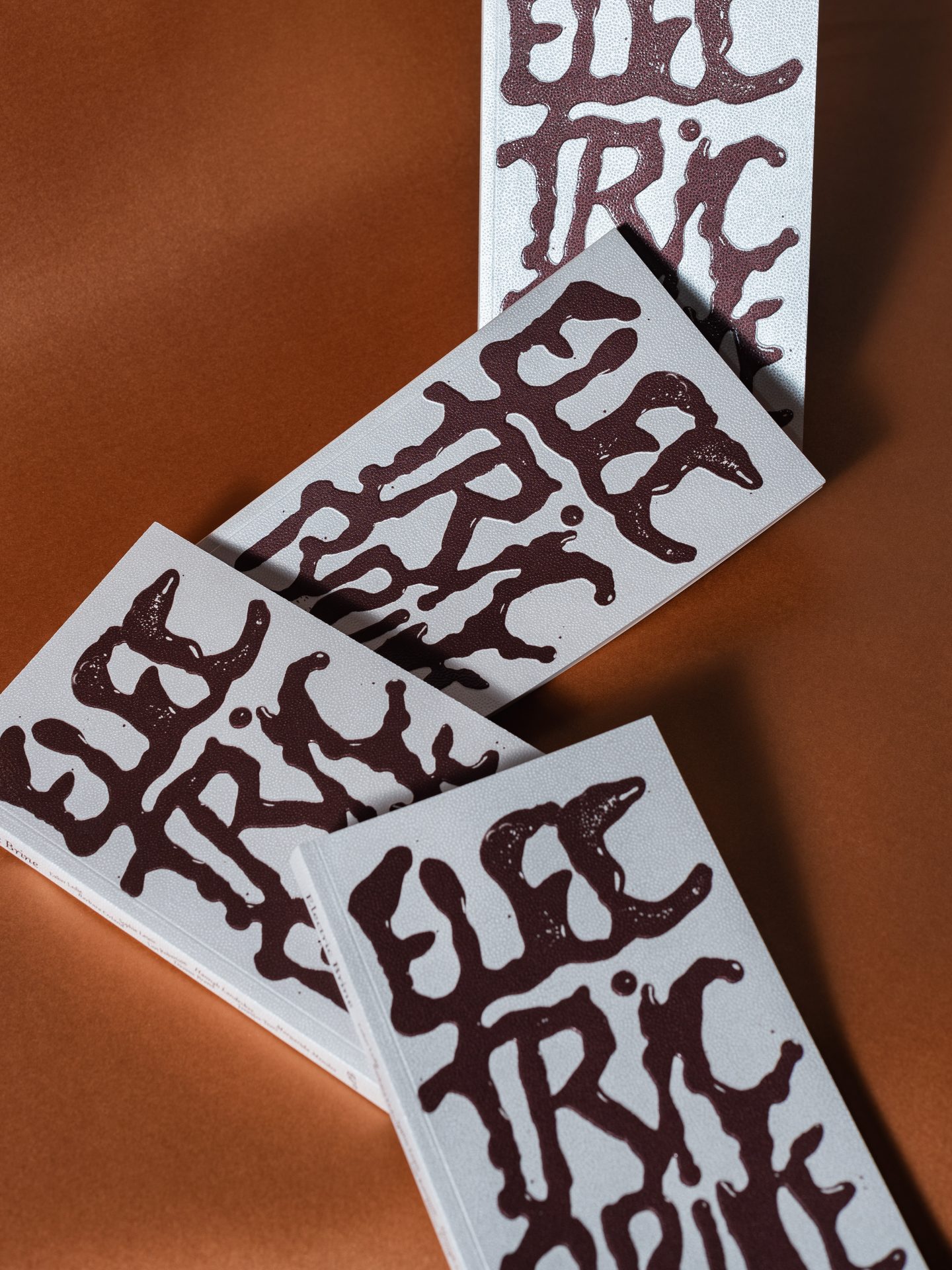